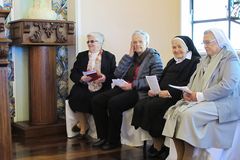 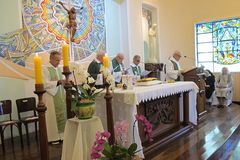 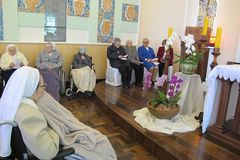 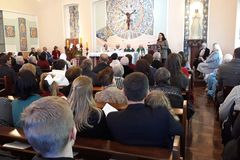 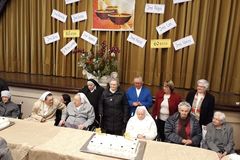 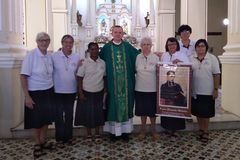 On July 07, 2019, the Holy Trinity Province celebrated the religious anniversaries of the following sisters:

It was nice to see, as the chapel of the Provincial House filled with sisters from the communities of Curitiba, Lages, Rio Negro, São Bento do Sul and with relatives of the jubilees sisters, as well as from different cities of the States of Santa Catarina, Rio Grande do Sul, Paraná and Distrito Federal. All were united in a single song of praise before the Lord, who has poured so many blessings over the life of these sisters.

Sr. Maria de Lourdes celebrated her anniversary at the place, where she lives: São José de Mipibu/RN, in the parish of St. Hanna and St. Joachim, northeast of Brazil.

We are pleased with these fellow-sisters! Everything is grace!